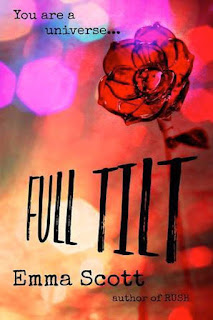 Posted by Emma Scott at 8:47 PM No comments:

Full Tilt...a trust exercise with myself

Here we are again, on the eve of another book release. And once again, it's NOT Beside You in the Moonlight. Or "the Paris book." Or the "That Which is Perpetually On Hold."

I have 25K words written and it even has a cover! But something shifted for me when I wrote How to Save a Life. That book scared the crap out of me (more so than usual when it comes to the prospect of putting one's babies out into the world.) At the time, it felt so weird and different, and I was plagued with insecurity and nerves.

But no risk, no reward and such. I persevered with the help of my intrepid editor (more on her later) and HTSAL was ultimately well-worth the stress. But it also made a lasting impression on me as a writer. Like some kind of junkie, I wanted that stress again. That two-in-the-morning, tired AF, living off coffee and text messages from aforementioned editor, and wallowing in OMG WHAT WILL THEY THINK? kind of stress. 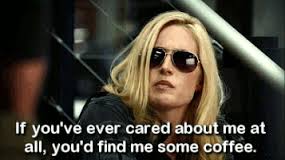 The Paris book just felt too safe. It's not a bad story, and might get written some day but after HTSAL was not that day. I wanted to be scared shitless again...but with better time management. 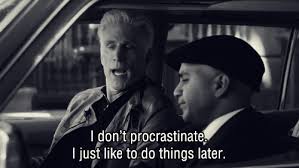 RUSH was born of an 'overheard conversation I had while on a run. HTSAL came from an image of a bruised guy in a pool and a goth girl asking him who did that to him. Full Tilt was born of a combination of image and dialogue. I saw a guy in hospital bed telling a girl that she was a universe. There was more to it than that, but for spoiler reasons, I'm not going to elaborate. Suffice to say, the resulting storyline didn't exactly scream 'romance.' But it sure was scary for a fresh variety of reasons, and therefore... 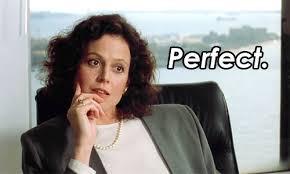 I love writing about artists. Every single character in every single book I've written has had an artist for either one or both MCs. (The only deviation being Unbreakable but in that instance, Cory works in construction, building things with his sexy man-hands so that totally counts)  I knew FT was going to be set in Vegas and as soon as I had that locked in, I knew what Jonah's art would be. The ceiling of the Bellagio is a very real example of the glass art of Dale Chihuly. I saw it for the first time several years ago on a trip to Vegas and it stayed with me ever since. A piece of exquisite art in a city better know for ostentation than delicacy. 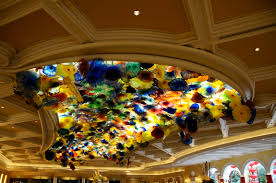 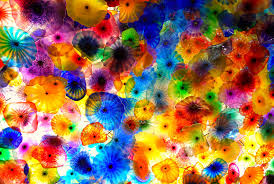 To an artist living in Las Vegas, I felt that art would have the most impact on someone like Jonah, and so his craft was born.

At the other end of the spectrum from delicate glass, I thought, was loud rock n' roll. Kacey's art is the polar opposite of Jonah's as these characters themselves are polar opposites. (On the surface anyway.)  Bringing these two together was all the anxiety I could handle (and apparently craved) but not for the reasons one might suspect.

In the case of FT, the getting-to-know you bits was a ton more headache than anything that came at the end. (that was heartache, but not stress). Plotting the progression of two people falling in love is the hardest part, imho, and I credit the amazing author L.B. Simmons for walking me back from that ledge, thank you very much. When you read the same conversation eight million times, it not only loses its spark, it starts to look (and smell) like a dead fish, and I was quite certain that every reader would feel the same way.

I must've spent at least two solid weeks on the first 20% of the book. That was the first half of stress. The ending was the second half. Not the actual writing of it; that flowed somewhat smoothly (though I avoided That Scene until literally every other scene--including the epilogue--had been written). But what it would mean to certain readers who are going through very serious situations. I felt that if I was going to tackle this subject, it would have to be done with dignity and authenticity. And I was also concerned whether my ultimate message was going to come through or not.

Writers come in all shapes and sizes, and each have their own angst, neuroses, fears, blocks, etc. Mine is a case of picking difficult shit to write and then complaining that it's difficult.

Just ask my editor. Suanne Laqueur edits, cleans up messes, lures out moments from their hiding places ("This is a thing!") fixes the bits that have too many damn words, all the while acting as a personal psychologist. Being (a supremely talented) writer herself, she understands the angst which is a bizarre mix of 'I can't write this, they're going to hate it' and 'if I don't write this, I'll die.' It's a constant battle, ego vs self-doubt, Veruca Salt-level need for approval vs. "there is nothing I'd rather do on this earth, even if no one ever read a word." 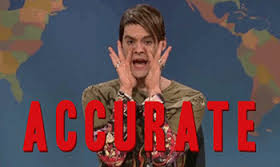 I love my editor to the stars and back. She is a universe. She is not afraid to tear up my MS to shreds because she knows I have my Big Girl Panties on and can take it. Moreover, I want it. I want to improve and learn and become a smarter writer. My chapters go out neat and come back looking like this: 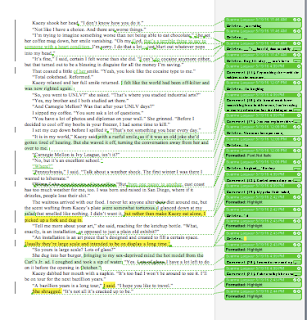 Because they should. I don't take every suggestion, or accept every change, but I do leave most of my darlings dead on the floor* where she left them. Every writer should be so lucky to have an editor as merciless and compassionate as mine. But not her.  She's mine. MINE, I tell you! 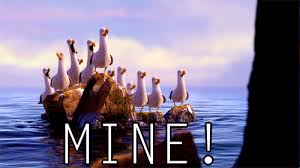 Also MINE with a capital M is Melissa Panio-Petersen. My PA though she's more like the artistic director for my books. Not only has she done a zillion gorgeous teasers and graphics, but she also designed the cover. Which I am thoroughly in love with. Something about the book and her artistic sensibilities just clicked, and she created such beautiful work that fit the novel to a T. She's also designed the cover for All In and I'm counting the days to that cover reveal, it's so damn beautiful. Love you. MPP.  Obviously.

Where was I? Or yes. Process. Mine that is nutso. But there's a method to my madness, in that I feel if an idea doesn't challenge me, I can't get as fired up about it. Hence, the Paris book languishing. The challenge of FT was bringing these people together in a slow, believable manner, and then resolving the end in an uplifting manner despite the circumstances.

How to do that was the stress, but the reason for doing it was quite easy. I firmly believe that every single person deserves to love and be loved, no matter where they are in their life--beginning, middle, end. We write a lot about the Early Middle Ages--people in their 20's--40's, but tragedy, poor health, or accidents can strike any time, and do. All too often. When the idea for Full Tilt came to mind, it wasn't just to write a tearjerker. It had to be married to the idea that loving someone--no matter what stage of life--is worth it. To he that is loved, and to she that loves, and vice-versa. That the pain is worth it, and because that is life.

Does it have an HEA? Absolutely. At least half of one, even if I can't bill it that way. FT was scary to write but I have learned to trust myself that the stories that are hardest to write offer the most emotional rewards. The messages from readers--private and otherwise--and the reviews have shown me that. Not high ratings (I'm not crazy/stupid enough to think I've written something everyone is going to love) but the highly personal nature of the feedback so far has been so special to me. No matter what happens, after tomorrow, this was the best of what I've written--to me--in every way. 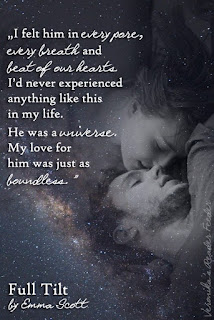 And All In, the sequel, poses its own set of challenges. How to take a broken heart. mend it, and possibly love again with just as much power as before. I'm scared to write that but I will, and I won't publish it until I've accomplished my goals set forth therein.

And I won't try to rush it. My first inclination was to get it out as soon as possible to complete the Full Tilt story, but A. I don't want to put out some rushed hack-job, and B. (and this will sound really weird) but out of respect for Jonah, there needs some time passage for me, for the fictional characters who live in my heart, and for the readers too.

Speaking of readers, I love you guys. I am so incredibly fucking blessed to be doing this with the love and support of My People. The bloggers, readers, friends...I do a lot of giveaways on my page because I can't think of how else I can possibly show my gratitude to you. As Jonah might say, I can try, but I never will. You guys are my universe, and I will NEVER stop telling you that. After all, you put up with my particular brand of Crazy Writer Person... 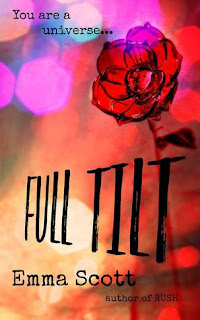