I made a teaser thingy for the new book. NOT the cover but I'm 99.9% sure I'm locked into that title. 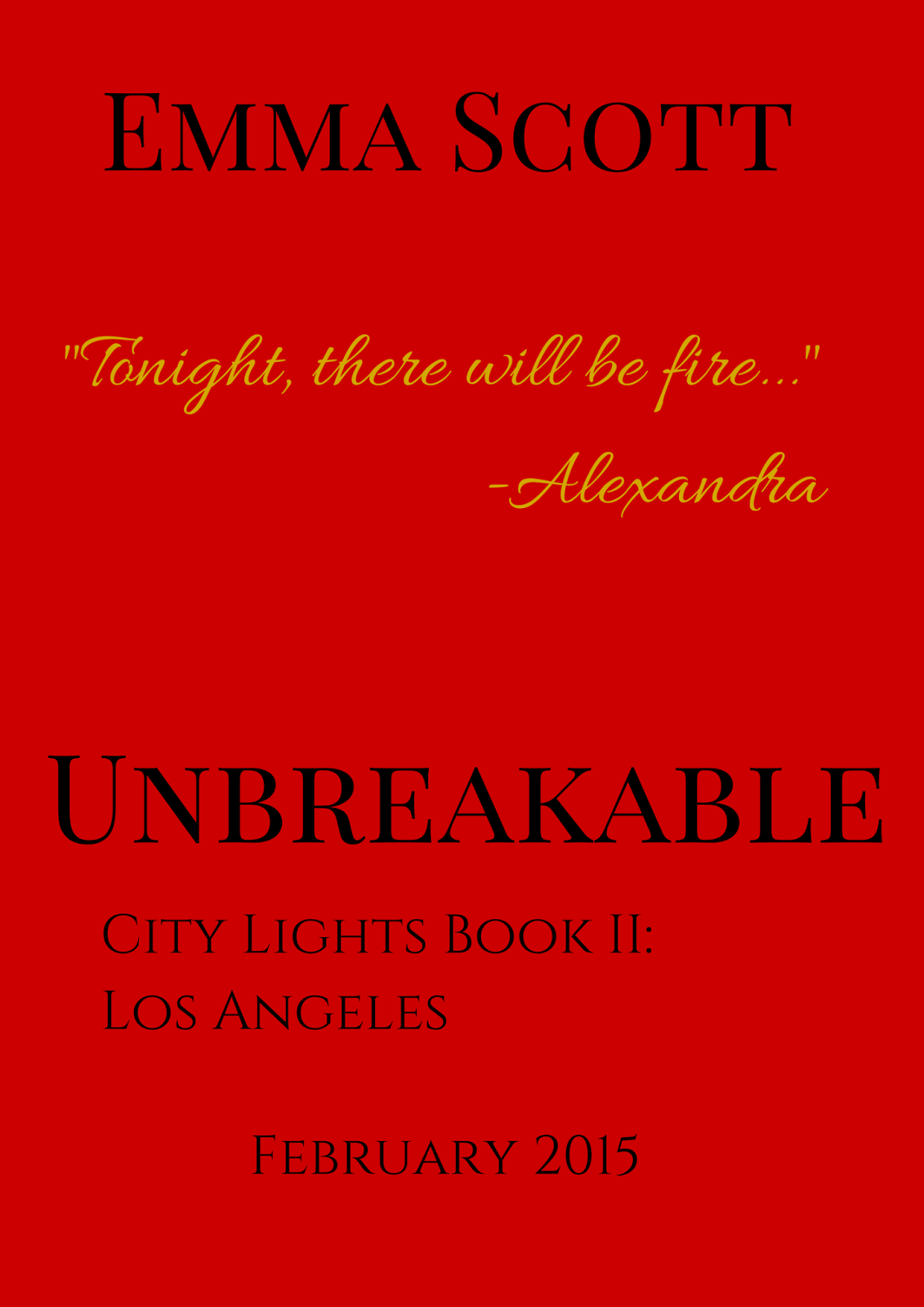 Posted by Emma Scott at 4:16 PM No comments:

The Characters are In Charge; I Just Work Here

This phenomenon is probably familiar to a lot of writers: You're cruising along, maybe writing some dialogue and all of a sudden Character A busts out with something shocking or surprising, and the entire course of the scene--maybe the entire plot--is forever altered. Or you had planned for Character B to kill someone and instead they had an epiphany and rescued them instead. And the best part is, there is nothing you can do about it.

To non-writers, that last part sounds insane. Or perhaps silly; as if it's just a subconscious decision that we've made and if we don't like it, we can always change it, no big whoop. But it doesn't feel  like that, does it? It feels like the characters are running the show and when they veer off-script, we're just helpless to do anything but let them go. You can't change it, it would feel totally wrong! So now you have to work with it, to make it fit the rest of the novel, sorry, hands tied.

I actually love it when this happens. I think it's what Stephen King said in his fabulously invaluable writing memoir/how-to On Writing when he said (paraphrasing) the story is a treasure buried in the ground and our job is not to make it but to dig it up. To chip away at the layers of dirt to get to it. In other words, we may have a pretty good idea of where we're going, story-wise, but sometimes that's not what happens. It's not what's not meant to happen. You go in thinking your going to dig up a Ming vase and instead it's a pile of doubloons and there's nothing you can do about it.

My characters did this recently. I have my hero working at a job-site with his fellow co-workers. It's going along fine, according to plan, and all of a sudden a minor character (VERY minor) saunters in, starts mouthing off about the Hero's woman and the next thing I know, a fist-fight has broken out and the hero is in danger of losing his job. BOOM. All of a sudden I've got extra conflict--is he going to become unemployed when he really cannot afford to be unemployed?--and character development--he's defending the woman's honor even when she's not there to see it. Not planned. Not consciously included, and yet it happened and now I have to work with it.

"Just delete if it doesn't work! It's just letters on a page."

Nope. Done is done, and to mess with it would be to dig up the treasure, chuck it over my shoulder, and just play in the dirt. No thanks.

Another weird way this manifests for me is in character naming. Not so much the bit-players but the leads. I do not name my leads, they name themselves. I don't know how or why. I'm not particularly thrilled with it sometimes, as they don't always pick names I like; they certainly don't pick my favorites.

In my last book, the lead female, the heroine, was named Natalie and that's all there was to it. I needed names for her parents and they popped into my head as if she had introduced us. In a way, I guess she had.
In this book, both leads told me their names. I had nothing to do with it.  Cory Bishop is the Hero. He told me his name even before I started writing and while I like Cory okay, Bishop was not my first choice. But then it wasn't really my choice anyway.

The Heroine was worse. She introduced herself as Alex Gardener and I didn't like either name. I figured I could live with Gardener, but Alex? Sure, it's short for Alexandra but I didn't like it for a romance heroine. And for you non-writers who think this is a mild form of insanity and might shout, "Just change it for god's sake!" I TRIED. I actively tried to change her name and I couldn't. I started writing scenes using two other names and both times it just devolved back to Alex. Out of my hands.

Then all of a sudden, I'm writing a scene where we learn that Alexandra is a title from ancient times meaning Defender of Men. I didn't know that. I Googled it as a point of research for the scene. And lo and behold, that title fits several themes and plot points of story as if I had planned it that way.  As if I had consciously chosen her name and then worked in its origin to make it all fit in a neat, tidy package.

Except I didn't. I just dug up the treasure.

Writer friends, you know how this works. It's crazy to think we're not completely in charge of what we write. After all we're the ones creating the worlds and the people in them. Maybe it's just a happy coincidence that Alex's name worked out the way it did, or that Character B saving instead of killing Character A is just what your mystery needed to give it that extra oomph.  Maybe. Probably.

But it sure doesn't feel that way, does it?